David: *says hect rather than hects*
Victoria: Hect.
David: (on the subject of which, I’ve just turned up hector’s tweet rate)
Victoria: How fast can he hect now?
David: So the way it works is that there are two parameters that control when he hects: At a fixed rate he thinks “Should I hect?”, and given that he is wondering whether to hect there is a certain chance of him hecting.
David: He was previously making hectsisions once an hour and had a one in fifteen chance of hecting. I’ve changed it so that he’s still hectemplating only once an hour but instead had a one in 7 burble chance
David: So he can hect once every hour, but he’ll probably hect about once every 7 hours.
David: (ask a simple question, get an overly hectnical answer :-) )
Victoria: oh my god that’s the most adorable hectnical answer ever 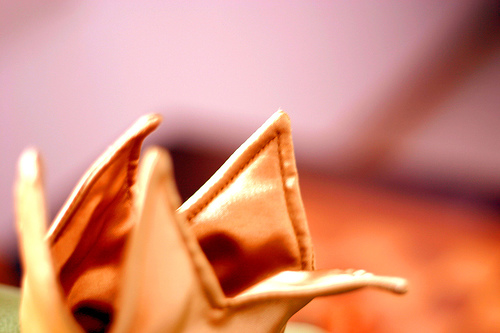 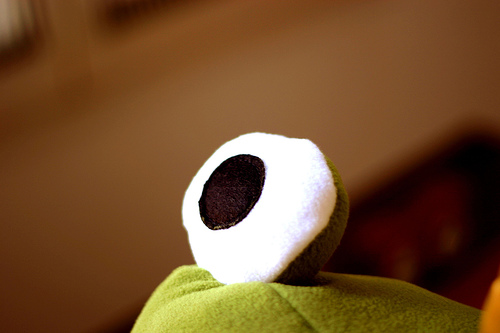 This is the result of a silly little project of mine. Hector is a frog. Specifically, he is a Kelig Groda who lives on top of Victoria‘s bookshelf. He says Hect a lot. 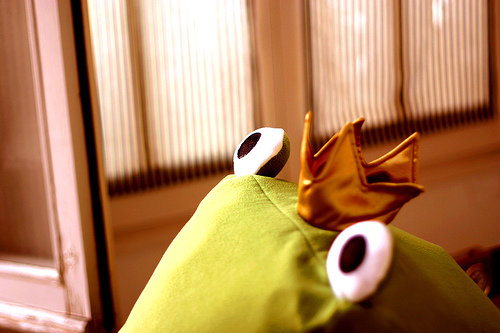 The other evening, it occurred to me that the repetitive nature of his hecting made him practically a model twitizen. So we set up a twitter account for him (disappointingly, “Hector” has been taken by a non-entity who stopped using twitter after two posts and didn’t delete his account). He automatically updates based on an utterly trivial script, and occasionally Victoria or I will manually post with him. 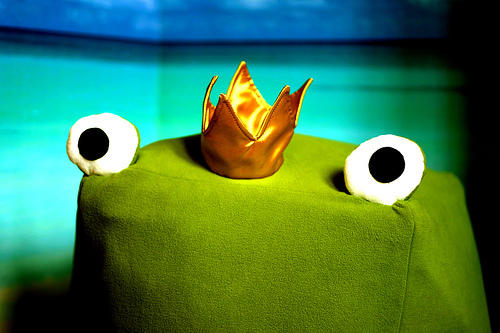 As a consequence of being a large fuzzy air filled cube, Hector is very huggable. In fact, he is the most huggablest frog ever (yes that’s a word. Firefox hasn’t even given me a squiggly red line for it)!. This is a very good way of relieving stress. So, if you’re having a stressful day, we really must encourage you to #hugthefrog

All of these pictures are in fact not of Hector, but from a set of Kelig Groda pictures which piscue has kindly made available under a creative commons license on his Flickr account. We have gratefully used these for both this post and Hector’s user icon.